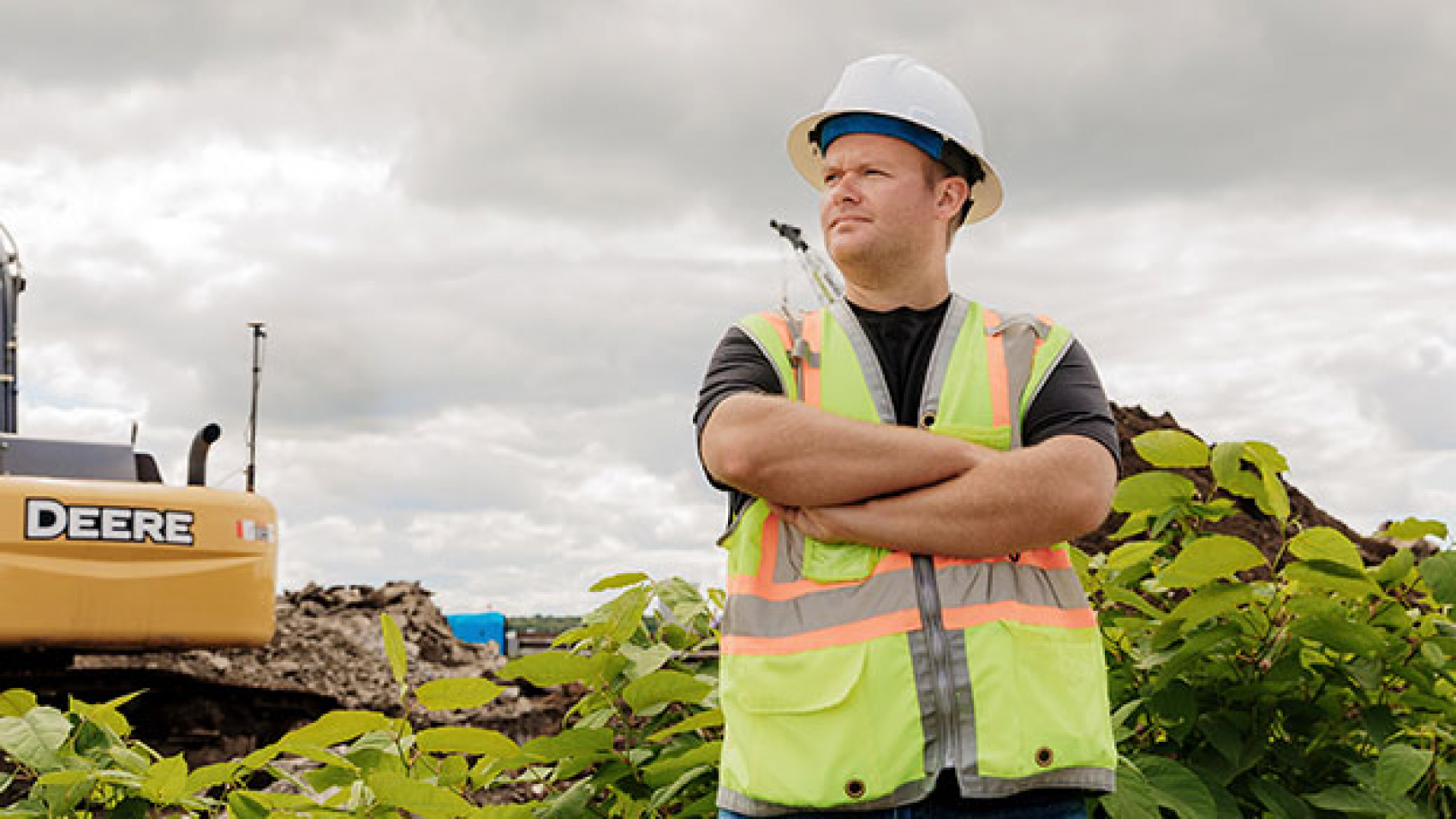 When André Rosnok completed his Carpenter apprenticeship technical training levels at Marconi Campus, he never imagined he’d one day be put in charge of building the campus’s new home; but as the Site Superintendent for the Joneljim Concrete Construction-Ellis Don Marconi Campus Relocation Project, he’s doing just that.

“I supervise all on-site activity,” says André, who will lead a team of 20 to 100 skilled workers over the duration of the project. “I manage subcontractors, maintain a safe working environment, oversee all the construction activities from start to finish, plan, organize the work, monitor the budget as well as everyone’s performance. It’s a bit of everything.”

When complete in 2024, the new, modern Marconi Campus will be approximately 300,000 square feet. It will feature bright, open-concept learning and community spaces inside and out, and offer learners panoramic views of Sydney Harbour.

In addition to being constructed to Leadership in Energy and Environmental Design (LEED) Gold standards for efficiency, the new campus will also meet the accessibility standards of the Rick Hansen Foundation Accessibility Certification Program.

After completing a two-year, pre-apprenticeship program in high school, André became a registered apprentice in the Carpenter trade at Joneljim. While training under the supervision of a certified journeyperson, he started researching options to advance his career as well as achieve his Red Seal – the interprovincial standard for skills and competency for skilled workers.

As an apprentice, André was required to complete his technical training levels, as well as successfully pass the Red Seal Certification Exam before he could advance. “I’d heard how well Marconi Campus prepared people for the Red Seal,” he says. “So, I thought it’d be a good choice.”

Today, as he works on the site of the new campus, André says he’s still drawing on the education he received at NSCC. “The technical training gave me more in-depth math skills and the opportunity to learn how to apply the building codes I’m using today.”

The new home for Marconi Campus isn’t the only major project that André has been involved in.

“I’ve worked on more projects than I could list,” says André, who has worked with Joneljim since graduating from high school. “I worked on the Marine Atlantic Ferry Terminal in North Sydney, the Hearth Park in Sydney, the Maritime Link Woodbine Station as well as several water treatment plants across the Cape Breton Regional Municipality.”

Still, he believes that this build is unique.

“This is a great opportunity for me and others in the construction industry,” he says. “There aren’t many projects of this size locally. This one’s going to completely change the look of and activity in Sydney by supporting local businesses and bringing more people downtown.”

Follow on Instagram
Check out these drone images from December 2021 and December 2022 showing the progress of the new Cape Breton Cancer Centre and Energy Centre at Cape Breton Regional Hospital in Sydney! Later this year, construction will begin on the new Clinical Services Building that will house an emergency department, critical care department, inpatient beds, surgical suites with a cardiac catheterization lab, and maternal/newborn services. Click the image below to read more! ⬇️ ... See MoreSee Less
View on Facebook
· Share

To read more, visit the link below! ⬇️
https://buff.ly/3wjCoMi

Please RSVP to sgraham@nscsc.ca by Tuesday, January 24th at 4 p.m., with representative name(s) and names of potential applicants (if applicable).

It was a chilly day yesterday on the site of the future Northside Health Complex where representatives unveiled a generous donation from the Cape Breton Building Trades and their Unionized Contractors of $100,000! What a great day for healthcare! 🏥